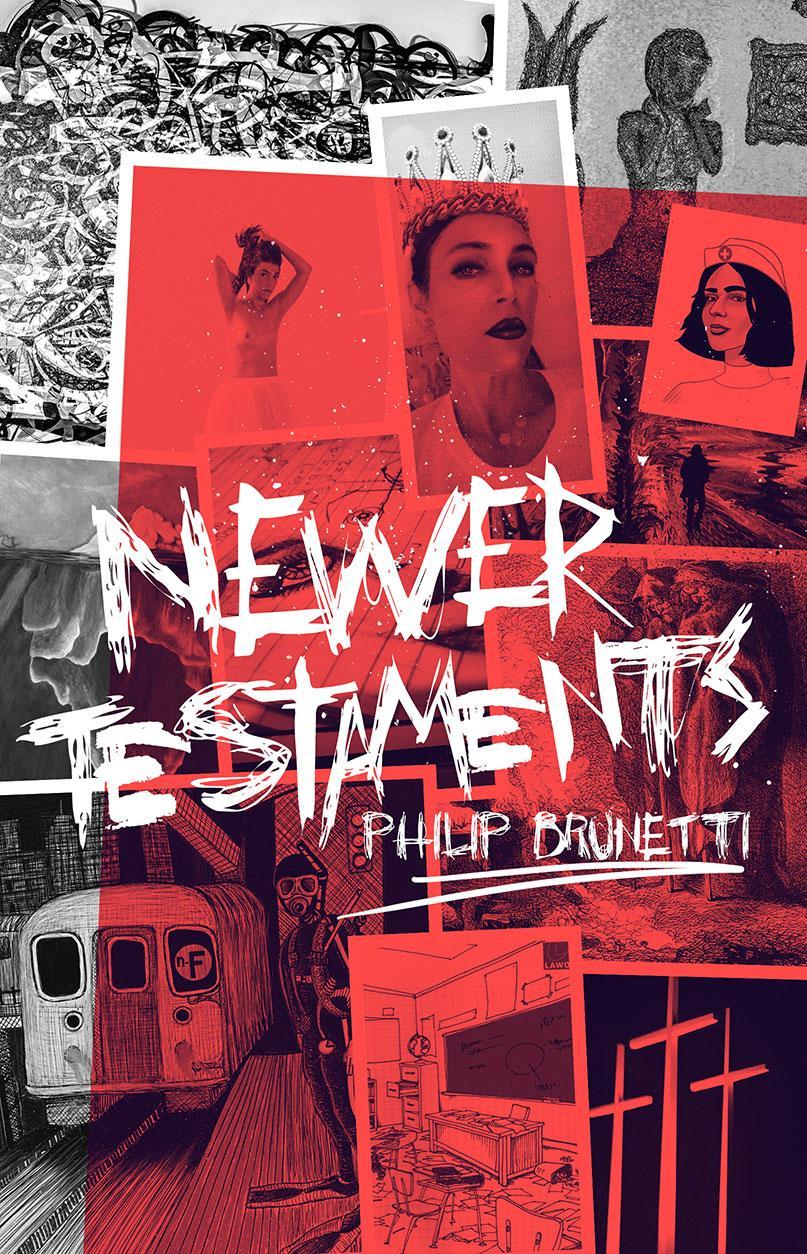 Click on the links below to purchase the book

Newer Testaments is an experimental-literary novel that tells the story of Simon Baden, a 13-year old prodigy writer who attempted to lure the apocalyptic events described in the New Testament’s ‘Revelation of John’ into commencing.

Newer Testaments deals with that act and theme and its aftermath—mainly the Manchurian Candidateish mesmerism experienced by the antihero narrator, a failed writer who’s been programmed to awaken years later, in midlife-crisis mode, with the newly revealed task of having to write the bridge of words that his ingenious childhood friend (Simon) had implanted in him (and with a time-release mechanism!). Conflicted and wracked with guilt and waves of paranoia, the nameless narrator concocts, creates, and confesses a smashed-mosaic storyline that enraptures and embroils him in dastardly den-of-thieves' vagaries—often dreamlike, absurd, and surreal. Eventually, the 1st-person protagonist confronts and throws off his burden but not before traveling to the Middle East for a showdown with the collateral-damage poetics of false revelators—and the car bombs to consciousness that he’s been forced to endure.

And so, Newer Testaments is a pseudo-slipstream literary effort, attempting to align with such quasi-contemporary American experimental gems such as Barry Hannah’s Ray, Denis Johnson’s Jesus’ Son, and Jeffrey Eugenides’ The Virgin Suicides. To that end, the book, as it stands, has been good enough to receive excerpt publications in four online literary magazines: Identity Theory, The Foliate Oak Literary Magazine, Crack the Spine & On the Rusk. Other innovative literary work has appeared in the following paper or online literary journals: Word Riot, the2ndhand.com, Black Heart Magazine, decomP magazinE, Lungfull! Magazine, The Boiler, Offcourse, Projector Magazine, Garfield Lake Review, and The Wax Paper.

In the tradition of Denis Johnson's Jesus' Son, Brunetti's wondrously wandering writing is taut and cryptic, vivid and hallucinatory, rendering an irony-laden, aberrant odyssey for his impossibly likable protagonist.

-Franco D'Alessandro, playwright & poet, Roman Nights, Stranger Love & Everything Is Something Else